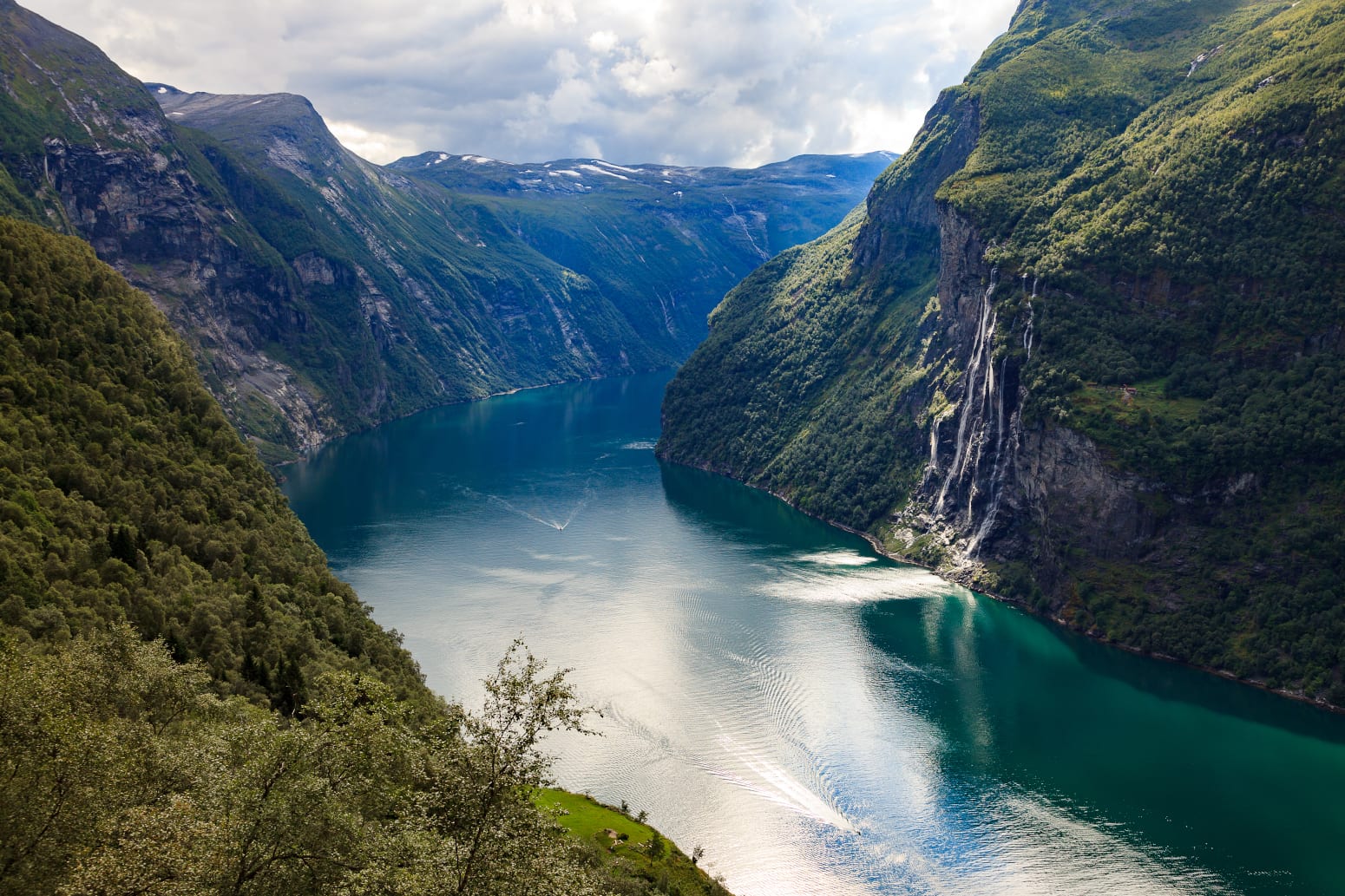 We thought it would be fun this week to focus on the treasured World Heritage sites of Norway. There are eight in total: Bryggen, Urnes Stave Church, Røros mining town, the rock art of Alta, Vegaøyen, the Struve Arc, West Norwegian fjords, and Rjukan. The United Nations Educational, Scientific, and Cultural Organization, (UNESCO) has a goal of identifying, protecting, and preserving cultural and natural heritage around the world that is considered to be of outstanding value to humanity. According to UNESCO, World Heritage sites belong to all the peoples of the world, irrespective of the territory on which they are located. Let’s explore the sites located in the beautiful country of Norway.

The first site on our list is Bryggen, the old wharf of Bergen. It is a series of Hanseatic heritage commercial buildings lining the eastern side of Vågen harbor. Bryggen serves as a reminder of the town’s importance as part of the Hanseatic League’s trading empire from the 14th to mid-16th century. In 1360, the German Hanseatic League set up one of its import and export offices at Bryggen, and dominated trade for almost 400 years. Unfortunately, many fires have ravaged the characteristic wooden houses of Bryggen, the last one in 1955. The main structure of the buildings have been preserved, which are relics of ancient wooden urban structures once common in Northern Europe. Today approximately 62 buildings remain of the old wharf in Bergen.

The next site is Urnes Stave Church, the oldest of Norway’s stave churches. It is located in the beautiful setting of Sogn og Fjordane. A stave church is a medieval wooden Christian church building once common in north-western Europe. Urnes was built around 1130 AD and is a prime example of Scandinavian wooden architecture. The distinctive carvings along the northern wall have been incorporated from an even earlier church. In addition to the present church, there have been two other stave churches on the site. The stave churches are unique and Norway’s most important contribution to world architecture. Urnes Stave Church was added to the World Heritage List in 1980.

Next on the list is the World Heritage site of Røros, a unique mining town built completely out of wood. For centuries the town has been a melting pot of cultures and influences from Germany, Denmark, Sweden, and Norway. The mining town is an example of traditional wooden architecture at 600m above sea level. In 1980 the World Heritage site only included the town center, but in 2010 it was expanded to include cultural monuments and landscapes beyond the center of town.  It was renamed World Heritage Site Røros Mining Town and the Circumference.

The site of Alta has Northern Europe’s largest concentration of rock art made by hunter-gatherers. This group of petroglyphs (rock carvings) and pictographs (rock paintings) in the Alta Fjord, near the Arctic Circle, provides evidence of a settlement here dating from c. 4200 to 500 B.C. The rock art in Alta was listed on UNESCO’s World Heritage List in 1985 as the only prehistoric monument in Norway. The site at Alta consists of 4 areas with rock carvings and 1 with rock paintings: Hjemmeluft, Kåfjord, Amtmannsnes, Storsteinen, and Transfarelv.

The Vega Islands, off the Helgeland coast, form a cultural landscape illustrating a distinctive and frugal way of life. These picturesque islands offer fishing villages, farms, beaches, and a variety of bird species. Vegaøyen was given World Heritage status because the area “shows how generations of fishermen and farmers over the past 1500 years have maintained a sustainable way of life in a weather-hardy area near the Arctic Circle, based on the now unique tradition of eider farming. The status is also a tribute to women’s contribution to the down process.

The next World Heritage site on the list is the Struve Geodetic Arc. The arc is a chain of survey triangulations stretching from Hammerfest in Norway to the Black Sea, through 10 countries and over 2,820 km. These survey points were carried out by astronomer Friedrich Georg Wilhelm Struve between 1816 and 1855 and represent the first accurate measuring of a long segment of a meridian. This helped to establish the exact size and shape of the earth. It shows an amazing collaboration among scientists from different countries and an alliance between monarchs for a common scientific cause.  In 2005, the arc was places on the World Heritage List as a memorable ensemble of the chain made up of 34 of the original station points with different markings.

The fjords might be the most well-known of the Heritage Sites in Norway. The west Norwegian fjord region stretches from Stavanger, in the south, north 500km to Åndalsnes. Two of these fjords, the Geirangerfjord and Næroyfjord are among the world’s longest and deepest. These exceptionally beautiful fjords are perhaps the most scenic of all the fjords. The steep mountain walls that rise up above the sapphire-blue waters have numerous waterfalls that add to the natural beauty. Traveling through these fjords, by boat or ferry, is an experience you’ll never forget and should be added to anyone’s trip itinerary when visiting Norway.

The towns of Rjukan and Notodden in Telemark county are on the World Heritage list as sites of the start of the modern industrial revolution in Norway. These towns are also a testament to the transformation of Norway from the poorest to the richest nation within 100 years. The heritage of this area also includes using water to create electric power, using air to capture nitrogen, and Norway’s most important contribution to the world market, the Birkeland/Eyde method of creating artificial fertilizer. In addition to these contributions, this area is perhaps more widely recognized as the location of the heavy water sabotage during the German occupation of Norway in World War II. The story was perhaps most famously told in the 1965 British film, The Heroes of Telemark.