Home >A trip to a Fjord Farm 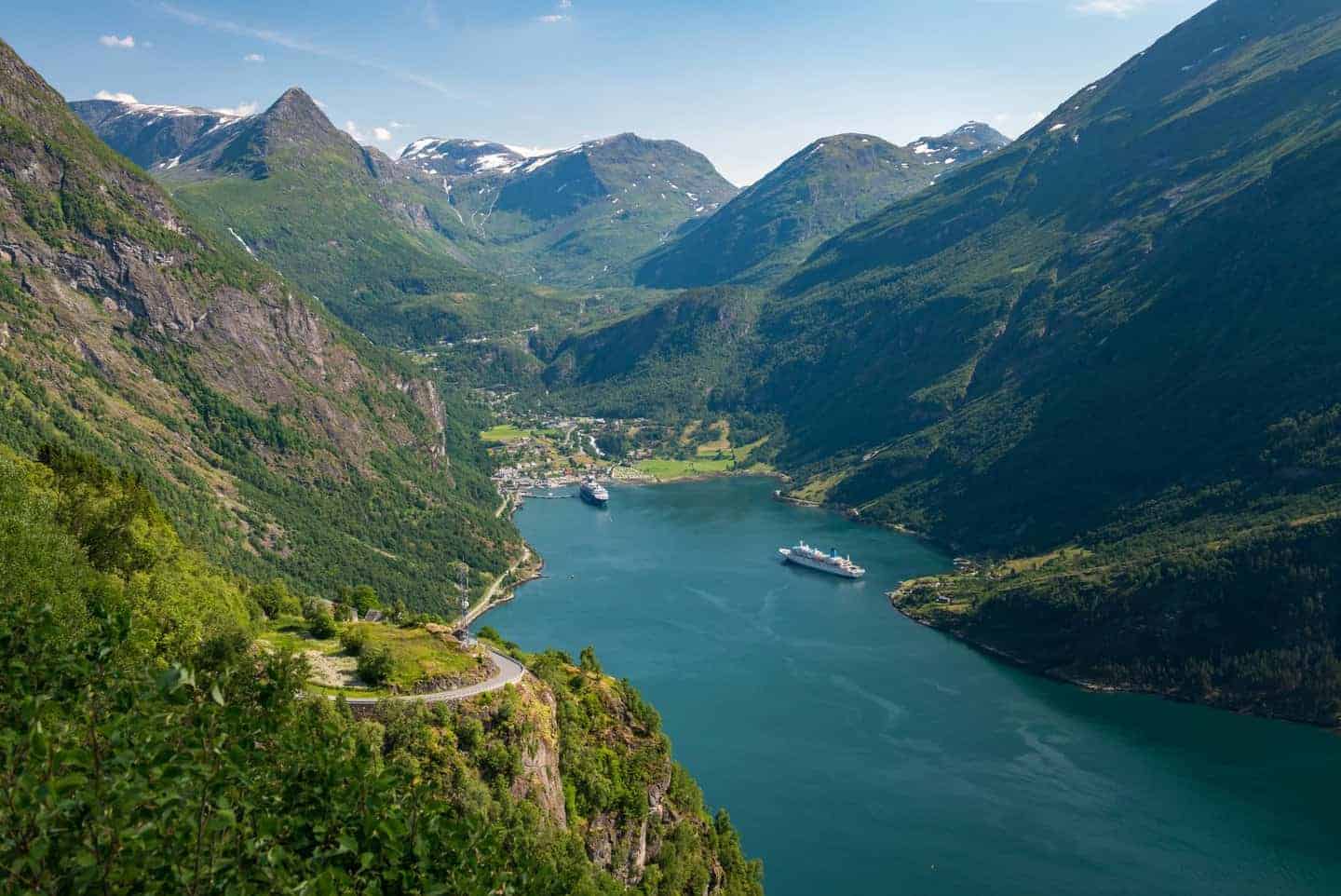 People coming from a big city might not be interested in farming. A trip to a farm may therefore not sound as exciting at first, however, this particular farm is not your average farm. However, we at Norway Excursions, had a tour a couple of days ago to the Herdalssetra farm and we would like to tell you why this tour is so special.

What makes this fjord farm unique?

Well, first of all, it is surrounded by the beautiful Norwegian nature. The farm is located in the West Norwegian Fjords, “right in the heart” of The World Heritage Site. Everywhere you look, you see mountains and waterfalls. Secondly, the farm is popular amongst animal lovers, as it is very animal friendly. The cows, horses, sheep and goats walk around the farm itself rather than having to live in a stable for their entire lives. Lastly, the farm is known for it’s cream cheese and ”brown cheese”. They prepare it in the old traditional Norwegian way and sell it to the customers and guests at the farm.

The tour started at 08:15 AM from the pier Geiranger, where we were welcomed by our lovely guide and excellent driver. Our first photo stop was at Eidsvatnet. Eidsvatnet is a lake located in a village called Eidsdal, approximately 30 minutes by car from Geiranger. This particular lake is not just lake, it is mostly known for its high large quantity of trout (yes, you can actually fish trout here!).

After the first photo stop, we continued our trip to the idyllic Herdal Farm, where we were kindly received by the owner and one of his employees. He told us passionately about the history of the farm and explained how the Norwegian brown cheese is made. We also got a look inside their cute little brown cheese ”factory” and got to taste the ‘cheese’ afterwards.

What is brown cheese actually?

Brown cheese, or Brunost as it’s called in Norway, is a traditional Norwegian topping for bread, crispbread and biscuits. It is made of goat milk and it has a sweet, caramel-like taste. At the farm, they serve it with Flatbrød, (literally translated “flat bread”), which is a typically Norwegian type of bread. It does not look like bread at all, since this ‘bread’ is unleavened. It has a cracker-like taste and it makes a great combination with the Norwegian brown cheese.

We were then allowed to discover the farm on our own. For most of us, it meant cuddling the animals. The animals may seem to be shy and sometimes even look intimidating at first. The sheep and goats are not that interested in humans. It is not advised to chase the sheep and goats, it will scare them off and they will immediately run away. The horses, well, they are mostly interested in theirfood. However, they are extremely curious animals and might even come up to you. Strangely enough, the cows are the most social animals when it comes to people. Some of them have horns which might look intimidating, but do not let that scare you off. If you calmly approach them, there is a big chance that you end up cuddling them.

A little bit about the horses

The horses on the farm are typical Norwegian Fjord Horses. They are smaller than other breeds of horses, but don’t let that fool you. They are also one of the strongest. They mainly live in the mountainous regions of West-Norway and are known for being good tempered. Besides being a strong, muscular horse, they also differ themselves with their unique coat. Most Fjord Horses have a dorsal stripe which runs in the middle of their manes.

Our next and final stop was at the Eagle Bend for a panoramic view over the Geirangerfjord. As from 2005, this particular fjord is on the UNESCO list of World Heritage. It is an arm of one of the deepest fjords in the world, but this is not the reason why it is on the list of World Heritage.The Geirangerfjord is in one word breathtaking. The exceptional beauty is formed by its narrow and steep walls, which are decorated by numerous waterfalls. The most famous waterfall is called “The Seven Sisters” (de Syv Søstrene). The waterfall can be found on the Northern wall of the Geirangerfjord and consists of seven separate streams resembling the long hair of seven young women. Legend says that the Seven Sisters are dancing down the mountain while “the Suitor” (in Norwegian called: Friaren) on the other side of the fjord flirts with them. “The Suitor” and “The Seven Sisters” surely know how to impress people with their charm and beauty, because we simply could not get our eyes off them!

After this stop, it was time to head back to the pier. In order to get there, we had to drive down the infamous Eagle Road with its eleven hairpin bends. This road was opened back in 1955 and is open for traffic the entire year around. Since the road on the other side of the village is closed for traffic during the winter months, the inhabitants of Geiranger were basically isolated from the rest of the country until the Eagle Road was finally constructed. Driving down this road, was simply an adventure and we were lucky to be in the hands of a very experienced driver!